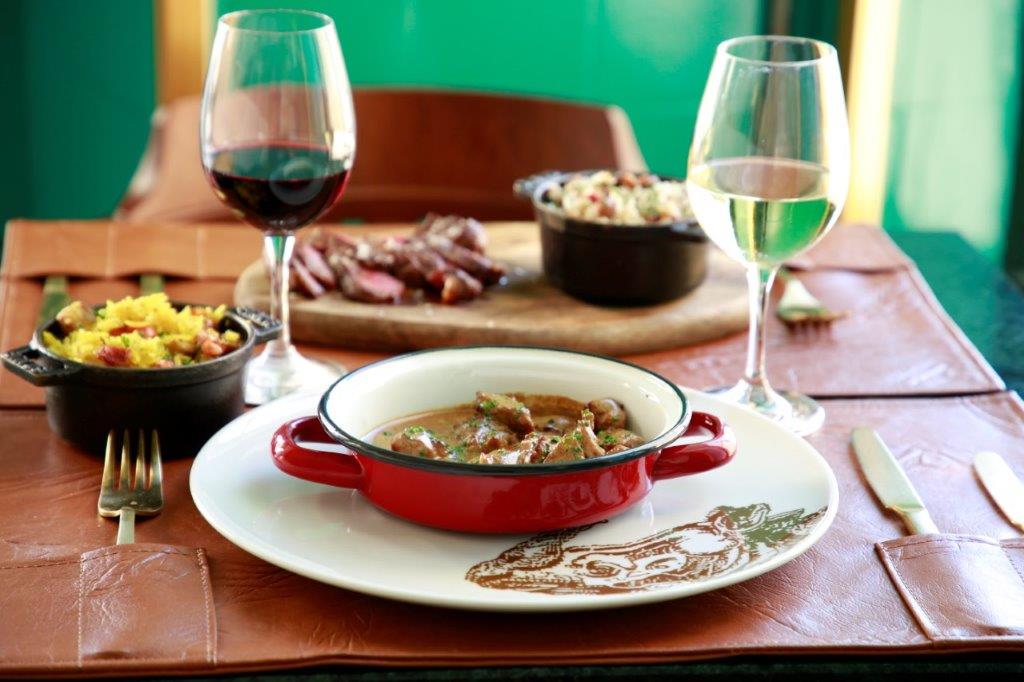 The Portuguese were the first European people to settle in India, with the arrival of Vasco da Gama to Calicut in 1498. The city that was most impacted by the Portuguese presence was, of course, Goa, where the gastronomy is designated as Indo-Portuguese cuisine, together with the cities of Damão and Diu. With five centuries of existence and evolution, this gastronomy presents the particularity of fusing elements of Portuguese cuisine with Indian culinary elements.

During their period in India, the Portuguese left their mark on Indian cuisine with the introduction of new ingredients and products that included chilli peppers that led to the creation of curry and other spices, which are now seen as an essential part of Indian food, but also of typical Portuguese dishes that have been adapted to the Indian techniques and tastes. 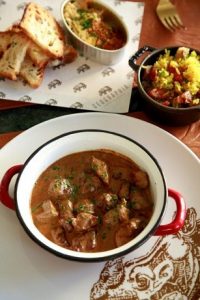 Goan cuisine has many distinctly Portuguese influences, one of the greatest examples being the famous Goan dish, the vindaloo. The name vindaloo is derived from the Portuguese dish “carne de vinha de alhos”, which is a meat dish, usually pork, with wine and garlic.

The recipe was modified, the red wine being replaced with vinegar (usually palm vinegar) and chilli kashmiri with spices added to wrap the vindaloo. This dish fot its relevance of this interinfluence, is present in the menu of the restaurant Geographia.

In addition to okra, which is used in some curry recipes, Goa’s cuisine also uses cabbage, green beans, cauliflower, spinach and eggplant, among others, that were taken to India through the Portuguese people. However, in this region, they are often cooked in coconut milk, given the abundance of coconut palms in Southeast Asia.

The confectionery also has elements of Portuguese origin, more specifically the Portuguese conventual confectionery. The abundant use of eggs is a proof of this influence, as, for example, in the case of the well-known, Indo-Portuguese bebinca made with egg yolks, sugar, cardamom, coconut milk, flour and butter, which we replicate and serve accompanied by vanilla ice cream in the Geographia restaurant.

At the table of the Geographia, we serve these and other influences from all over the world that let us surrender to this restaurant, where the food speaks Portuguese.